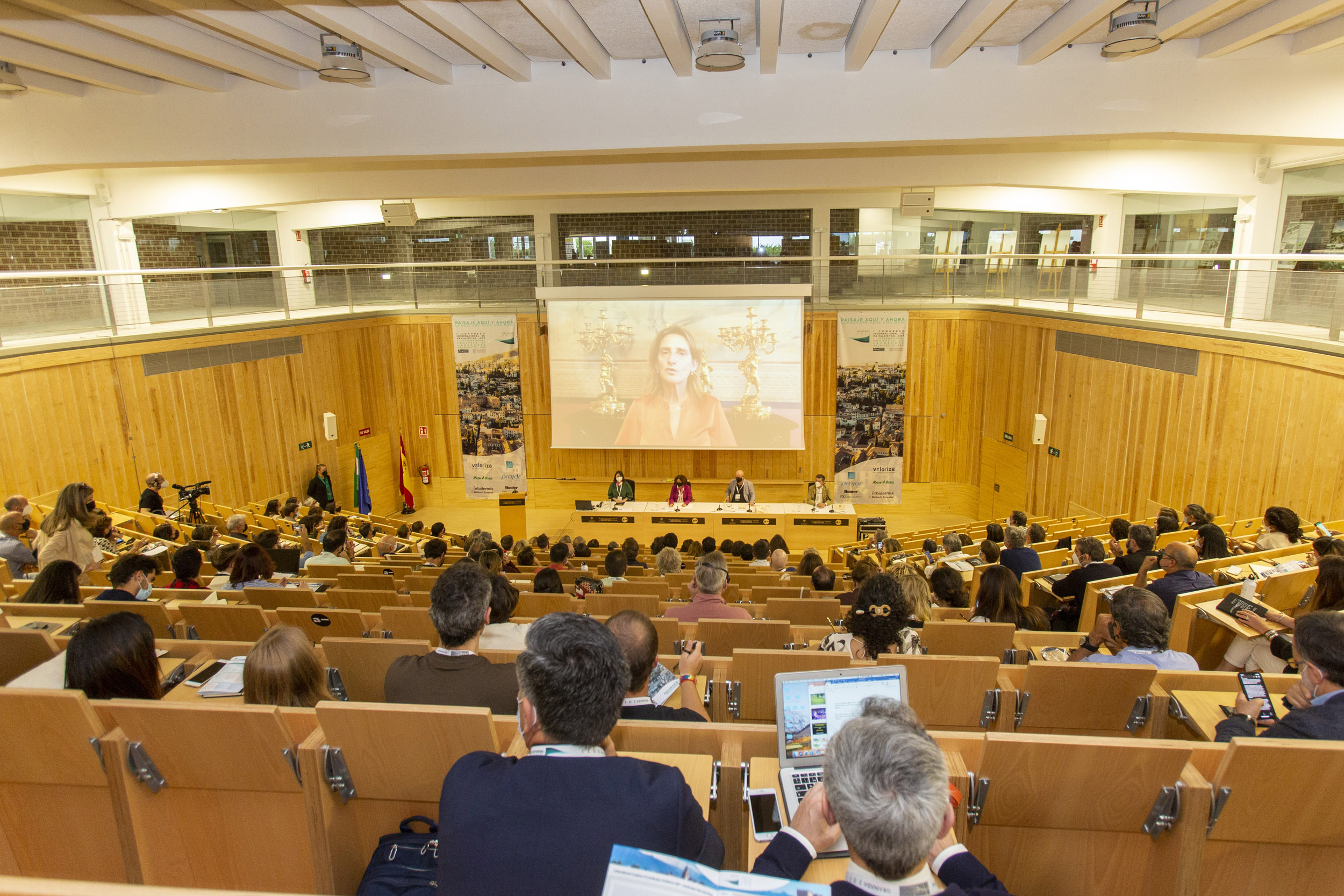 LANDSCAPE HERE AND NOW (EVEN MORE)

Looking back at the AEP Congress and IFLA Europe General Assembly, by Manuel Hernandez Sanchez, AEP Delegate to IFLA Europe

“For three days, 64 speakers, 350 assistants and 40 sponsors (of landscape architecture) shared their projects and experiences. Under the slogan ‘Landscape Here and Now’, AEP, the scientific organizer alongside with the honorary committees of the congress, wanted to make more visible the role of the landscape architect in the current transformation towards sustainable societies. The collective work and our multiscale view (approach) allowed us to bring together some of the most outstanding members of the academic world and of national and international practitioners. And thus, we proved in Granada, once again, that landscape architecture is a key discipline to mitigating and adapting to the climate change.


Many objectives were pursued from the moment when IFLA Europe General Assembly chose the candidacy of Granada to host its 32nd General Assembly. The goal of the Congress was to reflect the work of our members enabling us to show in 3 days the challenges and the diversity of our work. The professional, educational, and social situation that worries us so much, were also debated during the discussions.

We addressed three categories of audience:
Our partners, the landscape architects from Spain. We had the opportunity to create a common ground of understanding between all the members. To encourage the return and incorporation of the landscape architects not yet affiliated to our association. To consolidate a support network for future challenges.
The future landscape architects. We managed to show them the career requirements and opportunities and demonstrate that landscaping is a bet for the future.
And the society. We demonstrated effectively and legitimately the need of our profession. We created a cross-sectional meeting space to solve the doubts and questions regarding our work.

The inauguration of the Congress, led by the highest representatives of the AEP, IFLA Europe and ETSAG, featured an institutional message from the Minister for the Ecological Transition and the Demographic Challenge. After this intervention, the works of the Congress began. We succeeded to merge theoretical and practical issues under the same theme. These two axes revealed the state of scientific research and the most recent practical solutions.

The increased support for AEP and the need for professional recognition emphasized during the congress were also discussed during the 32nd General Assembly of the International Federation of Landscape Architects of the Europe Region. Seventy-five participants of National Associations from 31 European countries attended. The participants brought a valuable contribution to the assessment of the current situation of landscaping on the continent. The results of the year 2021 were presented by the education, professional and communication groups and subgroups dedicated to various topics such as climate change, agricultural landscapes, the new European Bauhaus, the Mediterranean group, or the recognition of the profession.

We would like to thank the IFLA Europe General Assembly, its current and past Executive Council for their support. Landscape Architecture is a profession on the rise. As reflected in the Granada Manifesto and the 2021 IFLA Europe Resolution Landscape Here and Now: Everyday Landscapes

The uncertainty in which we have lived these last two years has caused the success of assistance to be higher. Satisfaction has been the general feeling. Apart from meeting as a guild, we actually need forums like this one to regain strength and create new synergies.

The visibility of the events of this past autumn, and the unrelenting work of the Board of Directors team has allowed AEP to get in contact with the Third Vice President of the Government and Minister for the Ecological Transition and the Demographic Challenge, Teresa Ribera, among other agencies and ministerial structure and to trace a path and open a door to the recognition of the Landscape Architects of Spain.

Hoping that 2022 will bring us less uncertainty and improvements in the public health situation, we will continue working to make the landscapes of Spain more beautiful, more accessible, and healthier for everyone.”