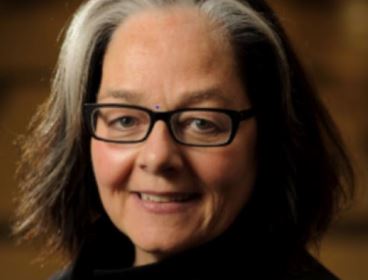 Beverly Sandalack announced as winner of the 2020 IFLA President Award!

The IFLA President’s Award is bestowed annually upon an individual who has contributed to the global profession of landscape architecture through their contribution and success in advancing the mission and objectives of IFLA.

Dr. Sandalack is Professor since 1999 and founding Director of the Master of Landscape Architecture Program at the School of Architecture, Planning and Landscape, University of Calgary, and Associate Dean (Academic) 2012-2019. Previous to this, she practiced landscape architecture with private sector firms in Calgary and Winnipeg, and taught in the Environmental Planning Department at the Nova Scotia College of Art and Design from 1994-99, and in the Horticulture Program at Olds College from 1987-90. Dr. Sandalack is Co-Director of The Urban Lab, an interdisciplinary research group at the University of Calgary.

Since 2004, Beverly has Chaired the Jury of IFLA’s Student Design Competition. Held annually in conjunction with IFLA’s World Congress and World Council meeting, the competition has been instrumental in exposing the work of students globally and encouraging the exchange of ideas and respect for regional differences and approaches. The competition has also been critical in expanding the visibility of landscape architecture in countries where landscape architecture is considered an emerging profession.

Beverly has given her time tirelessly to this task and to great effect. The IFLA Student Design Competition has gained in prestige and importance under her direction and is considered to be the preeminent event for students to showcase their own work, and the work of their school programs, globally. Beverly’s dedication to this task and integrity in overseeing the competition is exemplary and has resulted in great benefit to the profession.

With the announcement of the 2020 award, Beverly Sandalack joins fellow Canadian Landscape Architect Colleen Mercer-Clarke who was the 2019 recipient.