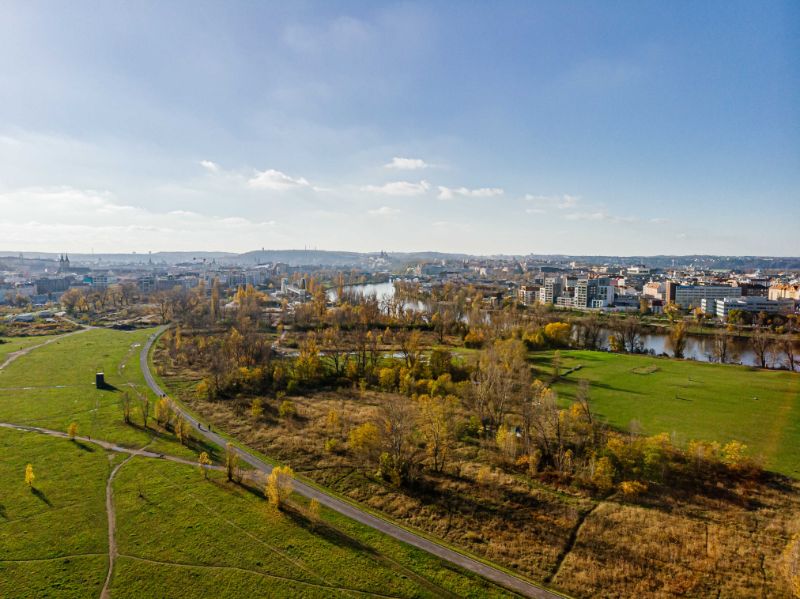 City of Prague announces international Competitive Dialogue Procedure for the creation of a floodplain park on the Vltava River - apply before 20 May 2022!

City of Prague is announcing an international Competitive Dialogue Procurement Procedure, seeking multidisciplinary international teams to define the future development of the area on the left bank of the Vltava River. The 56-hectare area of Rohan and Libeň Island is to undergo a gradual transformation, which will include the creation of a floodplain park on the river and the restoration of the now defunct island that remains part of the name of the area. The site is one of the most dynamically developing areas of the metropolis, for example, the Vltava Philharmonic Hall will be built on the opposite bank of the river.

The Prague Institute of Planning and Development, which is the main conceptual workplace of the Czech metropolis in the field of architecture, urban planning, development, creation and administration of the city, and the City of Prague announce a procurement procedure in the form of a competitive dialogue. A multidisciplinary team consisting of landscape architects, architects or urban designers and water engineers is being sought to develop an area of 56 hectares along the Prague meander, which used to be an island. The aim of the project is to prepare a Rohan and Libeň Island Concept Plan, i.e. a strategic development plan for the upcoming decades, and above all to prepare a detailed landscape design of the Maniny Park. The aim of the new floodplain park is to bring people closer to the river while serving also as flood protection.

Applications are open until Friday 20 May 2022 at 14.00 CEST via the Tender Arena tool at this link.

What is a Competitive Dialogue Procedure

The selection procedure will be carried out in the form of a competitive dialogue procurement procedure. The process is significantly more flexible than a traditional design competition and is not anonymous. The main advantage of a competitive dialogue is the possibility to develop the assignment (brief) gradually as the proposals and views of all participants evolve. The basis of a competitive dialogue is a joint debate between all stakeholders — landscapers, architects, politicians, water engineers, administrators and important local actors — which serves as a means to gain a comprehensive understanding of the site, its qualities and problems, and to understand the requirements of all stakeholders and disciplines in their context, and thus to understand them better. Within the framework of the competitive dialogue, several proposals are created in parallel by multidisciplinary teams. The proposals are continuously presented, so all participants have the opportunity to express themselves at
all stages of the design process (from concept to final proposal).

Multidisciplinary teams with at least a landscape architect, an architect or an urban designer and a water engineer can enter the competitive dialogue procedure. The team
must have at least one member who is authorized by the Czech chambers (ČKA or ČKAIT). Candidates may apply to the competitive dialogue procedure from Friday
8 April to Friday 20 May 2022 at 14.00 CEST via the Tender Arena tool. 4 teams will be selected based on their professional design approach to key topics that concern Rohan and Libeň Island, such as sustainability, urban planning, landscape architecture and others. The aim of Prague is to gain a long-term partner for the development of the area and its management. The teams will be selected by an eleven-member committee of 5 dependent and 6 independent experts from different professions; foreign representatives will be represented by environmental scientist Fabio Masi and landscape architect Antje Stokman. Experts in social issues, gentrification, biodiversity, water management and other fields will also be invited. The estimated price of the final contract, which will include not only the completion of the landscape proposal and
concept plan, but mainly the project documentation for the implementation of Maniny Park, is around CZK 45 million (1.85 million EUR); the exact tasks and final amount will be specified by the teams during the competitive dialogue. The competitive dialogue procedure will take approximately 14 months, with the winner to be announced in June 2023. An introductory conference, which will also be open to the general public, and workshops will take place in Prague in September of this year.

More information about the competitive dialogue and the project can be found on the website https://iprpraha.cz/project/98/rohan-island

The application form for participation in the competitive dialogue procedure is available on Tender Arena at this link.