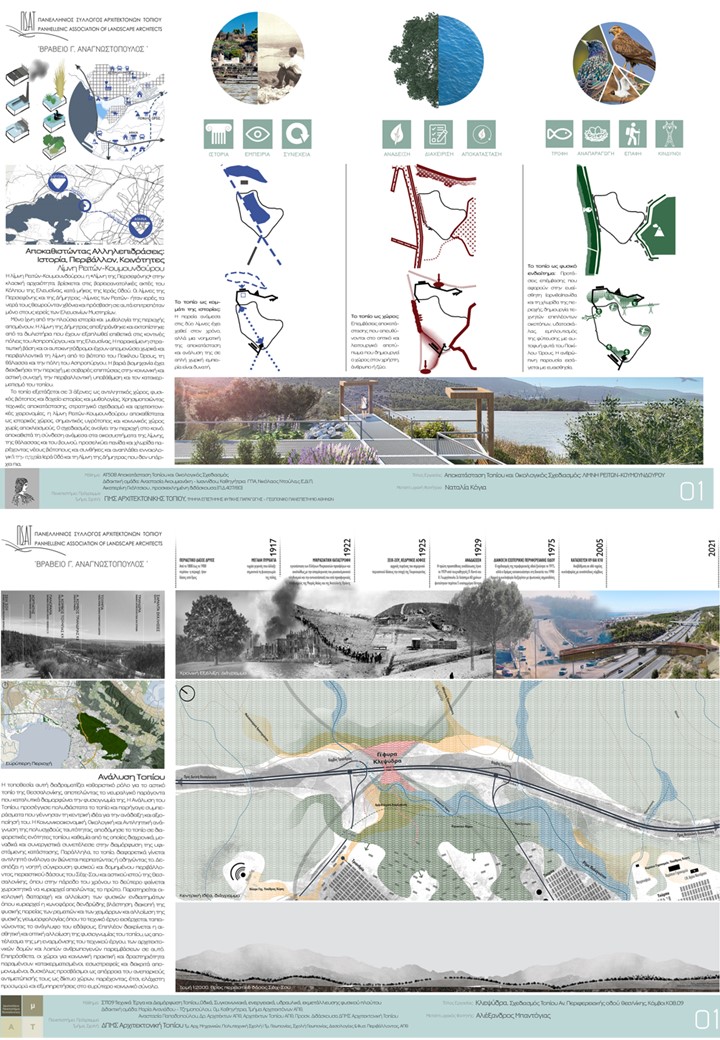 The Michelis Foundation is sponsoring the award with the amount 300 euro for each student and the Panhellenic Association of Landscape Architects thanks the Board of Directors of the Institute, especially its President Lampros Anagnostopoulos, George Anagnostopoulos son.

The “Giorgos Anagnostopoulos” Award for the year 2021 is awarded to the student of the Postgraduate Program of Landscape Architecture Studies at the Agricultural University of Athens Natalia Kogia for her work in the context of the course ‘’ ΑΤ508: Reclamation and Ecological Design of Landscapes’, taught by Professor Anastasia Akoumianaki - Ioannidou, Nikolaow Doulas, Lab.Teaching Staff and Katerina Gkoltiou, Visiting Lecturer.

George Anagnostopoulos established the Panhellenic Association of Landscape Architects in Athens in 1980 (and was president for 20 odd years), in an effort to both expose IFLA to this South East corner of Europe and introduce the Landscape Architecture profession in the efforts to safeguard and conserve the Greek landscape. George started participating in IFLA congresses in 1958, “when the world was just getting out of the world war terror and its consequences and we were trying to rebuilt our cities and their environment”. His firm belief was that Landscaping “is not large scale gardening where humans decide what goes where” but that “the environment guides us humans as to what actions and intervention we need to/can take”. As such he felt that Landscape Architecture was both a science and art, where one needs to have an utmost respect to the environment. “The environment is not a factory producing what we want it to produce”, “we have to adapt to and respect it” he was often saying.