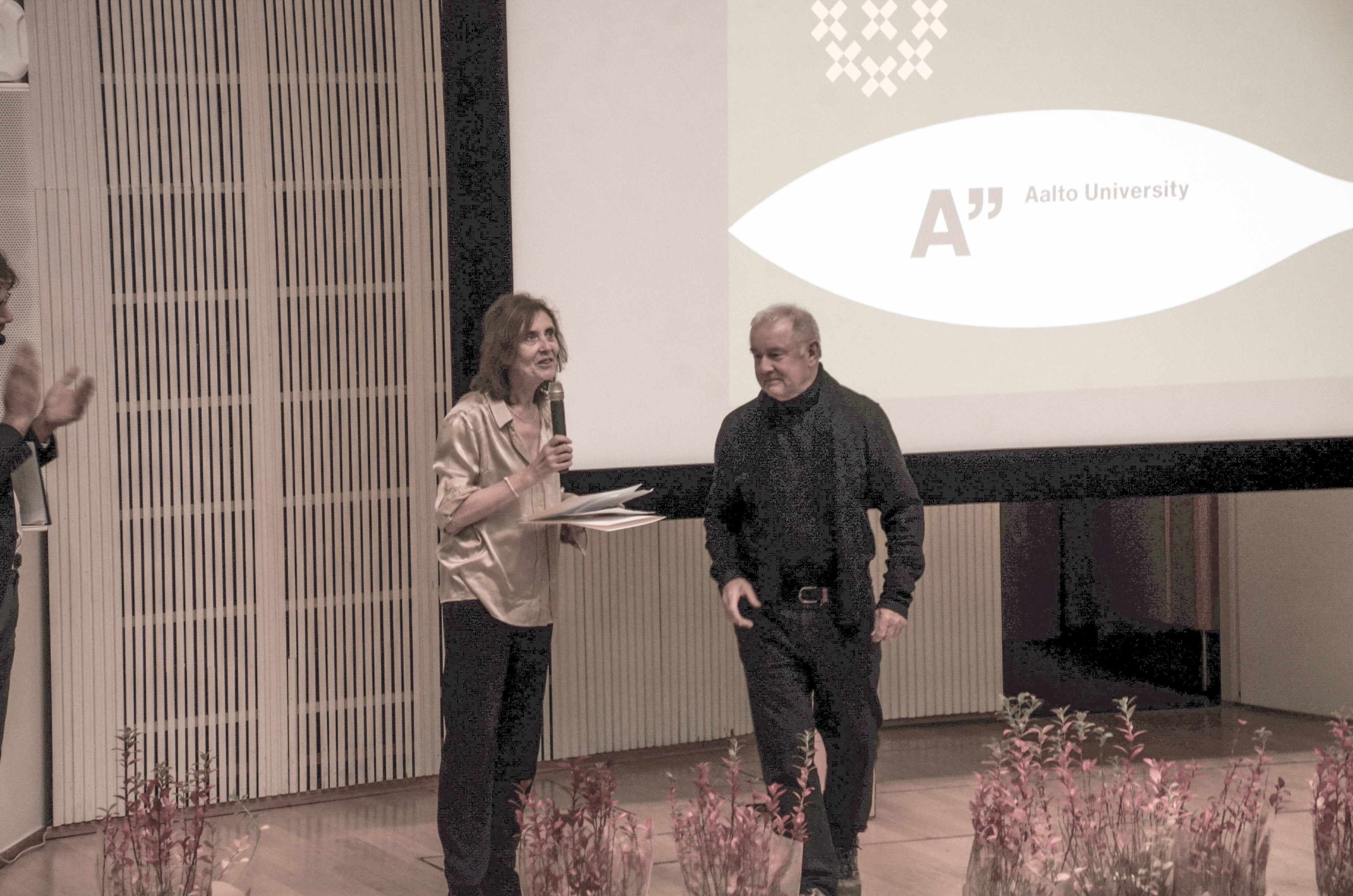 IFLA EUROPE honours Ms Déjeant-Pons for the long and exceptional work that she has undertaken to promote landscape in its many aspects through the Council of Europe Landscape Convention at regional, national, and international level. Mrs Maguelonne Déjeant-Pons has been a valuable ally of IFLA Europe and ambassador of Landscape Architecture Profession for over twenty years.

On this occasion, Maguelonne Déjeant-Pons addressed the participants:
“I would like to thank IFLA Europe, the Finnish Association of Landscape Architects and the Aalto University, for organising such a beautiful and interesting event in this prestigious University, and to thank you warmly for your invitation.

I have not come to make a declaration of love, but almost.

As you may know, I am not a trained landscape architect, but I have fallen under the spell of your profession.

This is because it is concerned with an essential dimension of existence: the quality and diversity of the living space, the space of “Life”.

Some years ago, I said that landscape architects are the ‘guardian angels of the territory’.

I think that this profession is of public utility because it helps to solve many of the problems that affect human beings as inhabitants of the territory, especially in urban and suburban areas.

The title of this Congress speaks of boldness and beauty. It looks to the future.

I fully share this vision. In a world where tragedies are multiplying and becoming so terrible, we must keep a light of hope and show that human intelligence is capable of solving problems.

I would like to thank you very much for the title you have given me, and for the great honour of being an Honorary Member of the prestigious International Federation of Landscape Architects IFLA-Europe.

Throughout these years, I have tried to promote the consideration of landscape in public policies. In 1994, I presented a legal opinion favourable to the launching of the preparatory work for the drafting of the Council of Europe Landscape Convention, and I participated in the drafting process. Since the adoption of the Convention, in 2000, I was in charge of its implementation (until last July). During these years many steps have been taken:
- 40 States have ratified the Convention;
- an amending protocol opening the Convention to accession by non-European States has been adopted
- public policies on landscape have been introduced (national strategies, action plans, landscape funds, etc.) and an information system have been set up;
- the Landscape Award Alliance has been created,
- the celebration of an International Landscape Day has been launched,
- numerous publications on landscape have been issued.

I am now continuing my activities as a lecturer at the University with landscape in mind, of course.

Thanks to the Members of the General Assembly and of the Executive Council,

Thank you to all of You.”