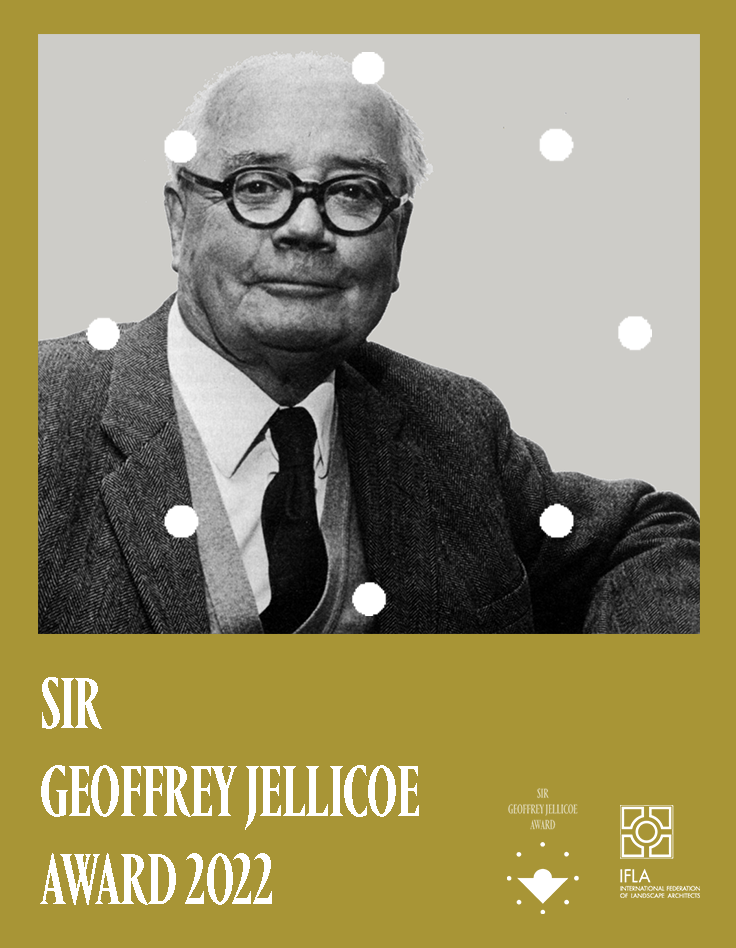 The International Federation of Landscape Architects (IFLA), which represents the worldwide profession of landscape architecture, is soliciting nominations for its Sir Geoffrey Jellicoe Award.

Nominations can be made by any person anywhere in the world. Nominations are also welcomed from IFLA member associations, delegates, members and members of allied professional organizations. Nominations must consist of a brief letter, no longer than three pages, describing the nominee’s qualifications, including a summary of their background and achievements; professional work and/or teaching and publications; and a review of the nominee’s international contributions.

Nominations for the 2022 Jellicoe Award must be submitted by January 15, 2022 to Sally Robertshaw, Executive Secretary, IFLA at admin@iflaworld.org

The Jellicoe Award was initiated in 2004. Please refer to the IFLA website (https://www.iflaworld.org/sgja) for more information.