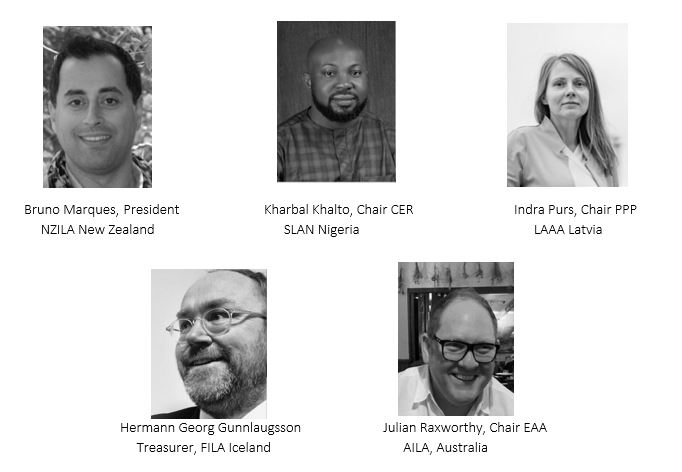 IFLA World is delighted to announce its members have elected 5 new officers as part of the IFLA Executive Committee.

You can read more about the new members here.

With the election of new members that does of course mean we have to say goodbye to some very respected and valued members of our current ExCo. James Hayter will step down as IFLA President following 4 years leading our federation after the 2022 World Council in Gwangju, Jeremy Dennis will end his 4 year term as Treasurer, as will Monica Pallares as CER Committee Chair and Salma Samaha as EAA Chair. Finally Colleen Mercer-Clarke will finish her 2 year term as PPP Committee Chair. IFLA thanks them all for their considerable time and commitment to the federation and our profession.