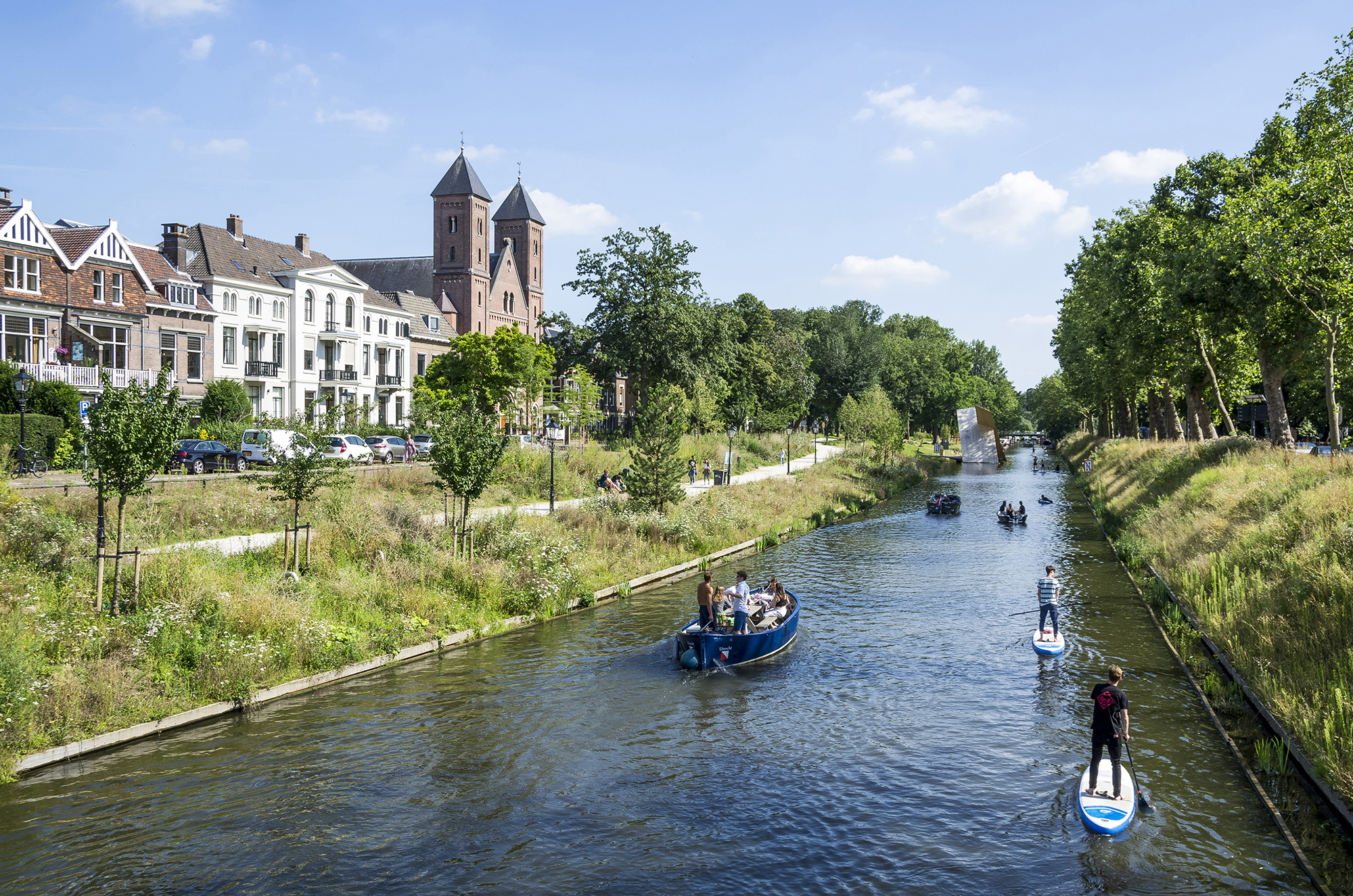 The restoration of the Catharijnesingel canal in Utrecht, by OKRA landschapsarchitecten, declared winner of the 2022 European Prize for Urban Public Space

An international jury has awarded the 2022 European Prize for Urban Public Space to the restoration of the Catharijnesingel canal in Utrecht (Netherlands), a project by the Dutch studio OKRA landschapsarchitecten. The jury considers that the reconstruction of the canal, as well as the recovery of a linear park running along its banks, is an exemplary intervention for the survival of our cities in this new climate era.

The 11th edition of the European Prize for Urban Public Space, an initiative of the Barcelona Contemporary Culture Centre (CCCB), has seen a record number of entrants and widespread representation: 326 projects were submitted, from 35 different countries. The works presented for this edition highlight the problems shared by distinct European cities, and some of the solutions that have been proposed to try to deal with them. This is particularly relevant in
the present, post-pandemic context: urban projects must address climate change and aim to make cities more liveable places, something that has become a central issue.

The European Prize for Urban Public Space is a biennial, honorific award which, since 2000, has recognised the best projects in terms of the creation, transformation and recovery of public spaces in European cities.

The international jury, presided by Teresa Galí-Izard, landscape designer, engineer and professor at the Swiss Federal Institute of Technology in Zürich, awarded first prize to the restoration of the Catharijnesingel canal in Utrecht (Netherlands), by the Dutch studio OKRA landschapsarchitecten. It was selected from a total of 326 projects, from 35 different countries.

The jury considers that the reconstruction of the canal, as well as the recovery of a linear park running along its banks, is an exemplary intervention for the survival of our cities in this new climate era. The canal is crucial for building urban resilience in the city: it is increasing Utrecht’s capacity to deal with extreme heat, storms and flooding, and the recovery of water and plant life helps capture carbon and reduce pollution. The canal has become a desirable and playful place to be, for the city’s residents, and it has also created new habitats for other living beings.

The jury appreciates the fact that this intervention is part of a larger urban transformation, which looks to the future by bringing back elements from the city’s past. The canal has been returned to its original state, after having been replaced, for more than fifty years, by a large highway. This project not only diminishes motorised traffic,
but, and more importantly, it prioritises pedestrian mobility and social interaction, as well as porous surfaces and a rich biodiversity. These aspects are what make our cities healthy, sustainable and enjoyable. With this prize, the jury commends and congratulates the client, teams and stakeholders: this project could inspire a new standard for sustainable urban regeneration.

The restoration of the final section of the Catharijnesingel includes an area roughly 1.1 kilometres long. A total of about 40,000 cubic metres of water has returned to the canal, and its length now reaches almost six kilometres. Working on the course of the Catharijnesingel and the expansion of the Zocherpark, OKRA reorganised the traffic that occupied the site, diverting cars and giving priority to pedestrians. The extended walking path along the canal invites recreational and sports use; visitors can stroll through meadows among works of art, as well as numerous leisure areas and a variety of planted areas, each with its own species. Recovering access to the water is the key aspect of this project and the reason why visitors will want to return to the Catharijnesingel. Whether engaging in water-based activities or walking along the water’s edge where the park is reflected on the surface, the inhabitants of Utrecht can experience the city’s historical relationship with the water and the canal in a new space.
A varied grove of trees – poplars, planes, cherry plums and elms – connects this new park with the existing Zocherpark. OKRA paid close attention to biodiversity in their choice of trees, including, for example, flowering trees that attract bees. This variety, while enhancing biodiversity, also ensures different experiences for visitors throughout the seasons. The use of materials – clinker bricks and gravel – creates a visual connection with Utrecht’s historic centre. Near the existing dock, a wooden platform can be used as a seating element, a stand or a stage. A lower section added to the existing wooden platform is used by canoers, paddle boarders and other pleasure boat users.