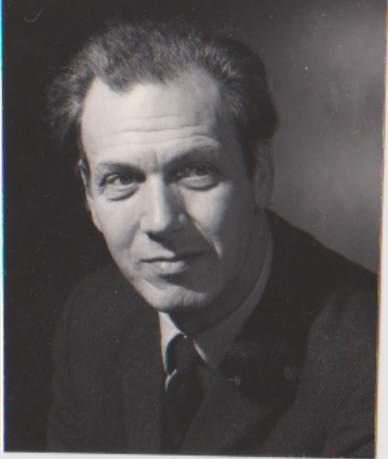 “Robert will be remembered by all those who had the privilege of working with him, as a thoughtful, kind gentleman who was a master of his profession. He co-founded Landscape Architecture as a profession in Ireland and through his more than 50 years of practice, has left a rich legacy of his art across the island and beyond. His education in all three disciplines, architecture, town planning and landscape architecture provided him with the skills to bring a holistic approach to his design work. He believed in an integrated, collaborative approach to designing infrastructure projects where civil engineering and architecture solutions were embodied and became part of the landscape through his expert hand.

Robert was happiest designing through three-dimensional sketches in which he resolved complex problems and seamlessly married all elements together to create simple, uncluttered places. None of his designs were generated by trend or whim. They were the result of a full understanding of spatial relationships, scale, place, function and human comfort derived from personal experience and acute observation from his travels across many continents. A trip to Japan made a lasting impression on his work, incorporating the elements of surprise, framed views, along with clipped trees and hedging to great effect.

An early publication of his, ‘Landscape Aspects of Road Design’ in 1969, provided advice on how best to integrate new roads within the landscape. He was passionate about the detailing of bridge abutments, retaining walls and how materials should join and react with each other in harmony. Oscar Newman’s book ‘Defensible Space’ promoted the idea of natural surveillance and development of community. He used these principles throughout his master plans for new housing areas, hospital campuses and leisure facilities to deal with pedestrian and vehicle circulation, plan legibility and the hierarchy of spaces from public to private. Designs were always three dimensional with detailed attention to contouring the ground to nestle the new infrastructure within it, create a sense of approach and define open spaces.

Some of his most notable work includes Carrickfergus Marine Gardens (1960s), the masterplans for Ulster Folk and Transport Museum in Cultra (1976), University of Ulster Campuses in Jordanstown and Magee (1980s), Ulster American Folk Park in Omagh, Antrim Area hospital and country parks at Carnfunnock, Benone, and Kilbroney. He developed the design for the new Lagan Weir completed in 1994, bringing together engineering, architecture and landscape to include amenity value as a new footbridge for Belfast. He worked with engineers on Altnaheglish Dam and Castle Archdale Marina. His work is part of the fabric of Northern Ireland where it has grown and matured over the decades. The resulting infrastructure and landscape play out his visionary sketches as the legacy of his design talent.

He grew up on a farm in Ballymoney and was educated at Coleraine Inst. It was his art teacher who recognised his talent for drawing and encouraged him to study an additional subject for his Senior Certificate- History of Art and Architecture. Robert then went on to read Architecture at Sheffield University in 1948 followed by a post graduate course in Town planning at Edinburgh College of Art. It was during his time in Edinburgh that he attended a lecture by Ian McHarg, Landscape Architect working with the Scottish Planning Department. This left a deep impression on Robert. Discovering a few years later that he had become head of the landscape school at the University of Pennysylvania in Philadelphia, Robert moved to study there in 1958 along with a group of graduate architects whom he had met at a summer school in Venice including Karl Lynn, Bill Roberts and John Whalley. He joined Vincent G Kling, Architects before returning to Northern Ireland to open a small practice of his own, also lecturing on Planning within the new school of Architecture at Queen’s University. Robert was invited to join multidisciplinary practice Ferguson McIlveen as a partner where he remained until he retired in 1993. He continued to work for them as a consultant and undertook many commissions for other architectural firms.

In the 1960s, Robert was a founder member of the Society of Landscape Architects in Ireland, subsequently the Irish Chapter of the UK Landscape Institute, until the Irish Landscape Institute was born in 1992. He was external examiner for the University of Leeds Department of Landscape Architecture and QUB Department of Town and Country Planning until 1996. He was a patient and enthusiastic educator and through[1] his time with Ferguson McIlveen taught architects, landscape architects and civil engineers to see design from his unique integrated perspective. All those who worked with him recognise his huge helping hand in shaping their own careers, guiding, and encouraging them to develop good design solutions in a professional manner. Robert received an MBE in 2002 in recognition of his outstanding contribution to the construction industry. In 2012, Robert was also awarded a Gold Medal by the Landscape Institute-the highest achievement in the Institute and one of only 5 members to achieve this accolade.

Although Landscape Architecture was a very important part of Robert’s life, he had many interests outside his work. He was a family man. He married Diana Crawford, whom he had met in America as a student, and had two daughters, Sara and Rachel. He was a founding member of the Corrymeela Community in 1965, which sought
reconciliation throughout the ‘Troubles’ by providing a welcoming place where people could learn to live and work well together- an ethos which he applied to everything he did. He also played golf to a high standard.

His lifetime landscape design achievements are recorded in his book ‘Robert Carson - Archive’ created by the Landscape Institute Northern Ireland in recognition of his long and distinguished career.

He will be sadly missed.”