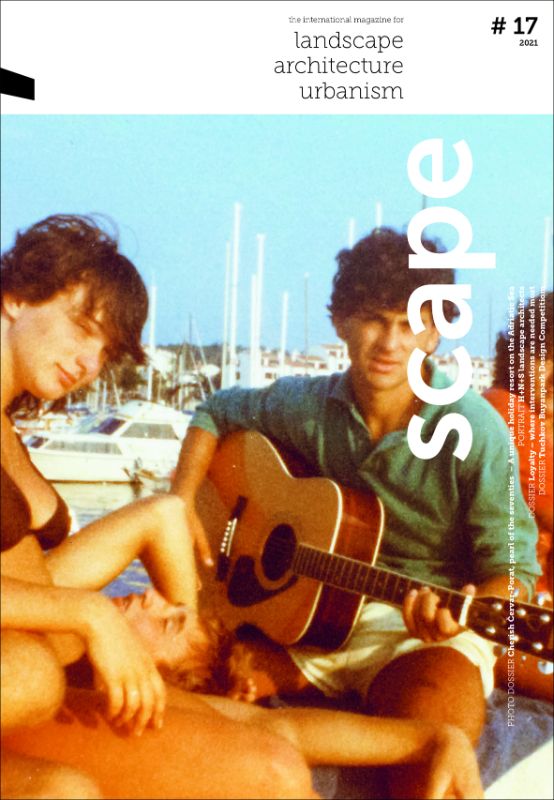 The new issue of scape, the international magazine for landscape architecture and urbanism, is out!

A world-class park – that was the idea behind the design competition for a ten hectare piece of land along the Neva River in Saint Petersburg. A range of internationally known design firms were selected to compete for the considerable sum of prize money available. But what is a world-class park? Someone described it as ‘timeless and unobtrusive, an intriguing combination of architecture, technology and space, with an impact on the surroundings. And of course, a leisure and recreational function.’ Another referred to keywords like ‘iconic’, ‘city branding’ and ‘allure’. When I asked for examples the answers were Central Park, Parc de la Villette, Tiergarten and Park Güell. I thought of the past and the present, of designs on paper and parks with trees and people, of ice creams and barking dogs, attractive lines and surprising details just waiting to be discovered – and something along the lines of a concept, an idea. A design has to have an idea behind it. But what makes it world class, and for whom? And is that important? The Russians themselves wanted a park for their own people rather than for tourists. So no ‘wow factor’ then, but it did have to be world class.

After reflecting on this we decided that it would have to be new, or in other words, unique. You can read about it in this edition of ’scape. Also unique is the little resort on the coast of Croatia that our photographer happened upon almost by accident and was surprised and delighted by the quality of urban and landscape design. Cultural heritage, but in decline. Is that still world class? And what could be done about that decline? Might this beautiful photo reportage help?

The bulk of this edition is devoted to a dossier on designers who work in the margins of the profession in areas where world class is not an item. We found their work in the slums of Cape Town, a refugee camp in Jordan and in a rainforest in Peru. New concepts

are not important here. Or perhaps they are, but in a different way from what was wanted in Saint Petersburg. We called this dossier ‘Loyalty’. “

For all information how to obtain the magazine please visit https://www.scapemagazine.com/