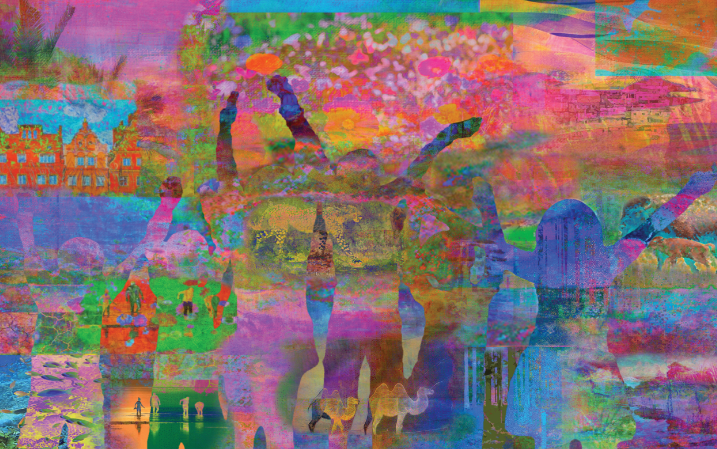 The Intergovernmental Panel on Climate Change (IPCC) has today published its latest report on the impacts, adaptation and vulnerabilities related to climate change. Authored by hundreds of the world’s top climate scientists, the report confirms that climate change is here to stay and some of its effects are now unavoidable. Across the globe, the climate crisis is putting lives and livelihoods at risk – especially for the most vulnerable.

Executive Vice-President for the European Green Deal Frans Timmermans said, “Today’s IPCC report confirms what we already know: the climate crisis is upon us. Its impacts on people and nature across the planet are real and will only intensify in the coming decades. We must heed this warning, and ramp up our action to become more resilient to the changing climate while continuing to reduce our greenhouse gas emissions.

One of the report’s main findings is that climate change induced by humanity is already impacting nature and people more intensely, more frequently and over a wider geographical area than previously thought.

Moreover, the report finds that that these kinds of risks will increase inexorably over the next two decades – but some risks can be lessened by taking measures to adapt to the impacts.

As confirmed by last year’s IPCC report on the physical science, we can lessen these risks in the longer term by reducing greenhouse gas emissions and curbing global
warming, but we must also adapt to the changing climate simultaneously. The report’s findings reinforce the need for Europe to become more climate resilient and prepare for the inevitable impacts of the climate crisis. With the EU Adaptation StrategySearch for available translations of the preceding linkEN•••, we are aiming to make adaptation smarter, swifter and more systemic, and to step up international action on adaptation to climate change.

The EU Mission on Adaptation to Climate Change plays a central role in these efforts, supporting at least 150 European regions and communities to become climate resilient by 2030. Meanwhile, the EU already plays an important role in supporting climate adaptation globally. In 2020, the EU and its Member States pledged some €23.39 billion in climate finance, of which around half was spent on helping our partners adapt to climate change. Moreover, at COP26 the EU pledged €100 million to the United Nations Adaptation FundSearch for available translations of the preceding linkEN•••, making it the biggest donor to the Fund, which offers finance to developing countries vulnerable to the impact of climate change. The Intergovernmental Panel on Climate Change is the United Nations body for assessing climate change science. It produces regular assessments of the scientific basis of climate change, its impacts and future risks, and options for adaptation and mitigation. These reports inform governments in the development of climate policy as well as guiding the UN’s international climate change negotiations. They are regarded as the most authoritative assessment of the science of climate change since their production involves hundreds of scientists as authors or reviewers, and findings are based on the strength of evidence and level of agreement across all available scientific literature.

What is the IPCC?

Among thousands of people from all over the world who contribute to the work of the IPCC, scientists from the European Union’s Joint Research CentreSearch for available translations of the preceding linkEN••• play an important role. Through its Research Framework Programmes, the European Union funds impactful research on climate science, which contributes to the IPCC reports and helps promote evidence-based policies worldwide.
Last year’s report Iooked at the physical science basis for climate change, while the forthcoming IPCC report due to be published next month will look at the mitigation of climate change by cutting greenhouse gas emissions and removing carbon from the atmosphere.