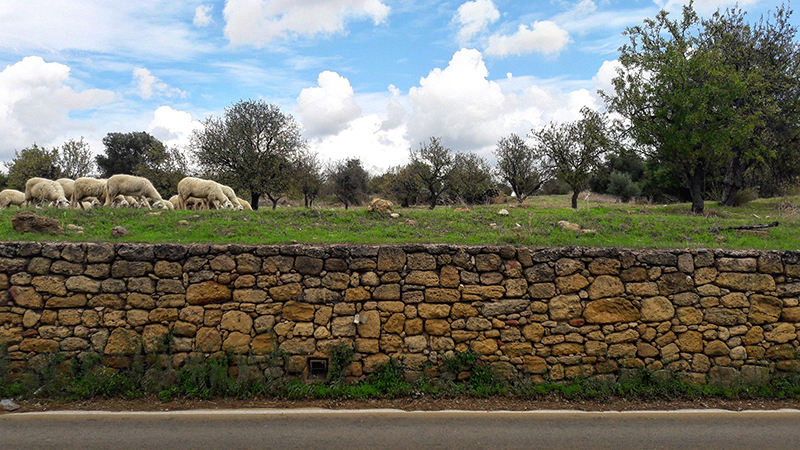 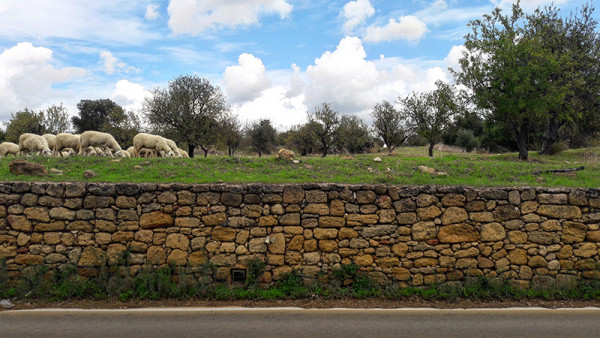 Agriculture and breeding in the Valley of the Temples in Agrigento

From an Agrigento road, which crosses the Archaeological and Landscape Park of the Valley of the Temples in Agrigento, you can see an ancient dry stone wall and
the so-called “forest of almond and olive trees” in which a flock of Girgentane sheep and goats graze.

The agriculture of the Valley of the Temples has a particular value that distinguishes it from other Sicilian countryside, it has a historical, cultural and environmental specificity that raises it to equal importance with the archaeological remains. If history is preserved in the stones, in the ruins and in the archaeological emergencies, it is equally present among the livestock, vegetation, canals, gebbie, farms, trazzere, which agricultural activity has produced over time. Fortunately, the agricultural land within the valley has not undergone the transformation into intensive agricultural systems, maintaining the characteristics of traditional agricultural techniques. This is also the historical-cultural value that it maintains and painstakingly conserves. The agricultural landscape of the Valley is both historical memory, cultural container and environmental resource.

Therefore, in addition to the relationship between nature and archeology, so “sung” by the illustrious travelers of the eighteenth century, it is necessary to highlight the happy union between the remains of ancient artefacts, the natural environmen and the old agricultural and pastoral activity. Observing the countryside of the Valley, in fact, it is difficult to make a clear separation between the space of agricultural, artificial vegetation, from that of natural vegetation. This “naturalness” of the valley agricultural system, in addition to being due to the combination of natural space and agricultural space, is due to the “characteristics” of the crops present. The tree plant, in fact, seen as a whole gives the idea of ​​a wooded area, so much so that we speak of “almond and olive groves”. This nomenclature comes from the irregularity of the planting layout, the different age of the plants and the promiscuity of the species that constitute it. This forest, in addition to almond and olive trees, present in a greater percentage, sporadically preserves other less cultivated tree species such as carob, pistachio, prickly pear and other local fruit trees.