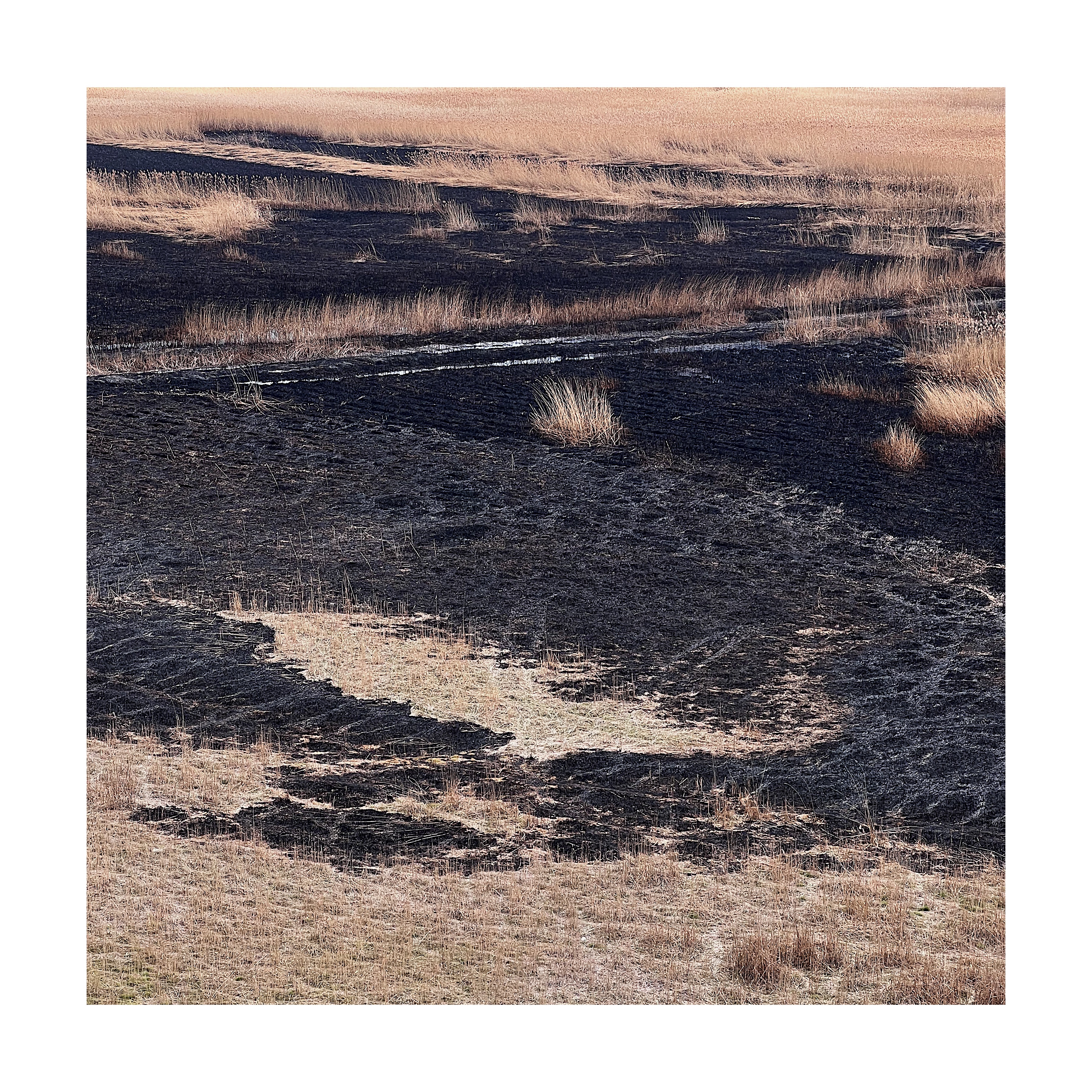 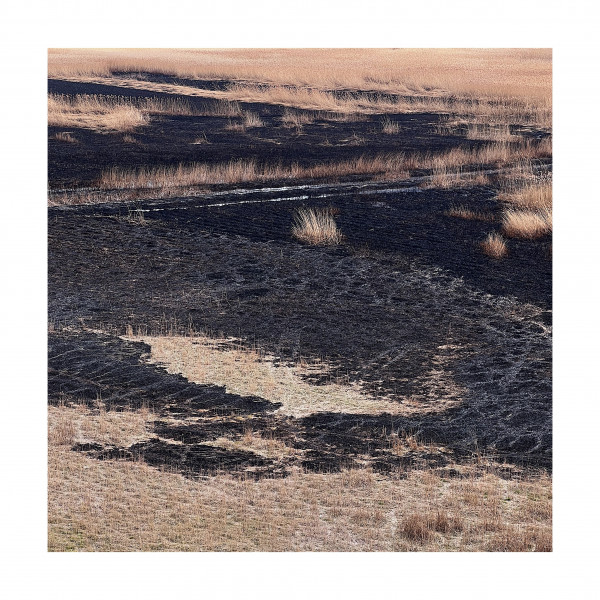 The photograph depicts the quintessence of the concept of symbiosis of man and nature.

The reeds tell the truth of nature and biodiversity, while the ashes tell the truth of man. Every year, in this ancient lake in Greece, the reeds have a battle with man. Or rather, perhaps more accurately, the exact opposite.
Every spring when life begins, the reeds of the lake Stymphalia multiply, flourish, become thousands and cover almost the entire surface of the lake and the surrounding marsh. Fish, birds, and all kinds of living organisms will find life here, a lost home. A heaven on earth. An ode to biodiversity.
Men, the local farmers, start the fight, the more reeds, the less land to farm, therefore less money. So then, sneaky as man is, he will burn the reeds every time they exceed the limits, the limits that he set.

In this picture, the viewer can see the ashes from this battle, a battle of the local agriculture against the biodiversity. An ancient battle, primordial, as old as the humankind. The story though is very ancient, since here at the lake of Stymphalia, the ancient myth says that Hercules killed and defeated the Stymphalian birds, ancient birds, demons that devoured farmers’ fields in ancient Greece. Those birds were considered as demons that were destroyed the local farmers cultivations. Hercules, as a
demigod, a real hero, saved them and defeated the demons - the Stymphalian birds. Somewhere here I wonder and reflect, were maybe the Stymphalian birds these reeds and Hercules an idealized figure of the man?
For some, myths are ancient and belong to the past. Nonetheless, Ancient Greeks used myths to tell the truth. In other words, Hercules reflects the ash or even better the man and his agriculture and the reeds illustrate the nature and the biodiversity.

This ancient battle started somewhere in the depths of human history, and it continues uninterruptedly until today…