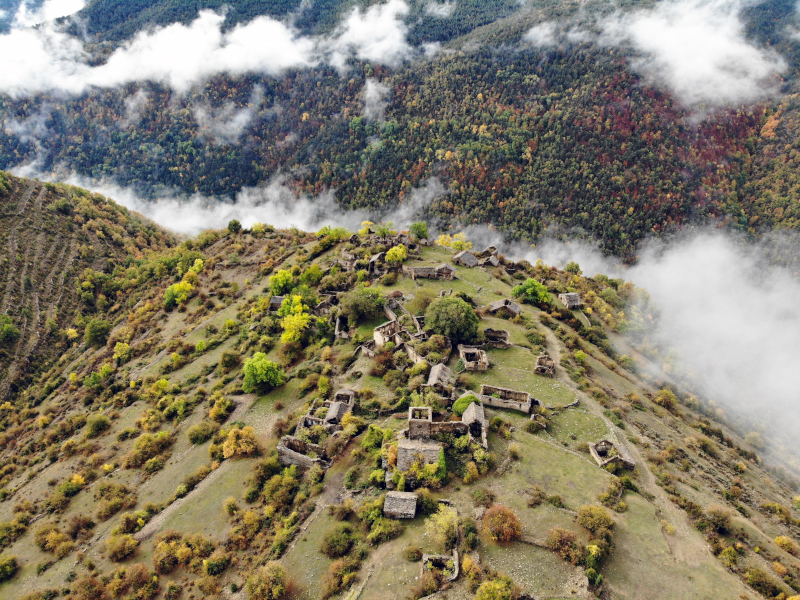 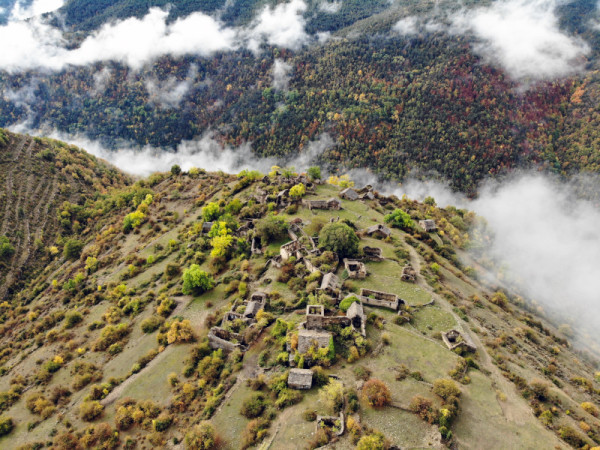 Return to the land

Escartín is located in Sobrepuerto, a shepherds’ territory which got depopulated in 1960s. It is formed by a network of dispersed hamlets established at high and remote areas, in order to access the alpine communal pastures where sheep could graze. The settlements connect the summer pastures towards lower lands, where shepherds migrated during the winter. The immensity of terraced farming fields staggering the steep slope that inhabitants carved along centuries, reflect the effort made to adapt to harsh mountain conditions with limited resources.

After the departure of indigenous communities, Sobrepuerto initiated a slow transformation. But this territory is not abandoned since different users interact in it.

Emigrated inhabitants who still cherish these places return temporarily to their settlement. They walk through the ruins of their homes, gathering in the remaining accessible places of memory. Community members consolidate certain spaces in order to delay decline and continue meeting former neighbours, in socio-cultural events where local tradition and identity are enhanced (QR1).

Local farmers harness their access-right to communal land, adapting their herding practices to reuse these locally-adapted functional spaces. The underused open areas in the settlement become meadows where their cows can freely graze and move up-and-downhill along seasons, while remaining buildings are reappropriated as shelter to protect from severe weather. Their presence prevents vegetation growth, granting access to other users (QR2).

These territories become reserves of nature and culture, making them attractive for external visitors to discover how mountain societies lived (QR3).

The unused spaces, released from anthropic pressure, allow other non-human species taking over. The less-useful or -appreciated spaces are returned to nature, allowing
flora and fauna regeneration (QR4).

Depopulated cultural landscapes prove to remain valuable. The transformations created through synergic interactions among the diverse users allows obtaining a shared, multifunctional and heterogeneous landscape, where everyone can coexist.