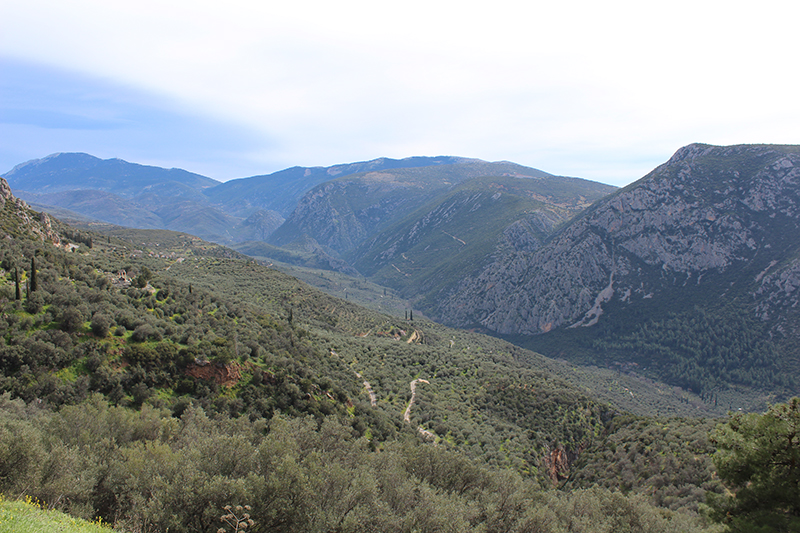 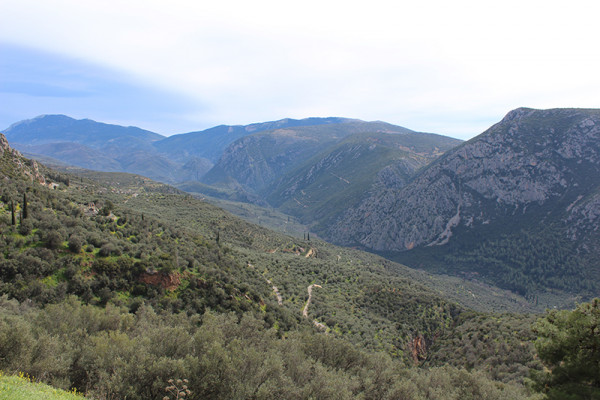 The traditional olive grove in Amfissa, with over 1,200,000 olive trees, occupies approximately a surface area of 60 km2, in central mainland Greece, in the region of
Sterea Hellas of which 6-8 km2 are cultivated on traditional dry-stone terraces. The olive grove stretches across a rift valley between Pleistos river and Ylaithos ravine both flowing into the Corinth Gulf. In between and on the rocky, inclined ground is natural shrub-land used for foraging. The olive grove constitutes of small parcels (5-30 trees) cultivated with centuries-old cup-shaped olive trees (some over 300 years) with canopies extending 8-10 meters, surrounded by a system of furrows and small-sized basins
(average size <1,000 m2) used for flood irrigation once / twice per year. The basins also withhold rainwater and prevent soil erosion. On inclined surface areas, soil erosion is prevented by the formed dry-stone terraces. Between two towering rocks of Parnassus Mountain, (Phaidriades) is the archaeological site of Delphi, the Delphic Sanctuary dedicated to Apollo, and the Sanctuary of Athena Pronaia first-encountered by the visitors from Attica and Boeotia that overlook the traditional olive grove which constitutes an integral part of the Delphic historical landscape (with 3,000 years of history) inscribed since 1987, on the UNESCO World Heritage List. In ancient Greece, it was believed that Delphi was the centre of the world (omphalos); it constituted a religious center, that hosted the temple of Apollo and the well-known oracle that operated inside the temple. The main cultivar of the traditional olive grove is Conservolea (Olea europaea media rotunda), which produces table olives, registered as protected designation of origin (PDO) since 1996 (Commission Regulation (EC) No 1263/96), and olive oil. Today the harvesting of olives is an ancestral practice applied for centuries and involves the manual beating of branches using a wooden pole called “ravdisma”.