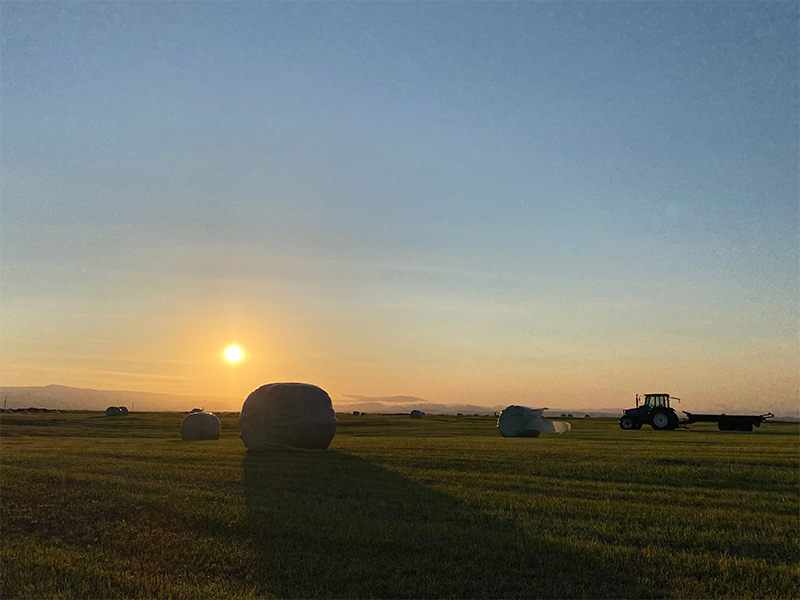 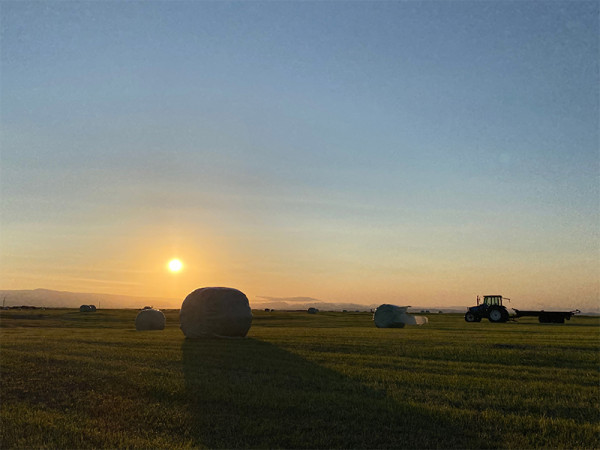 Ever since Iceland was settled, volcanic activity has affected the quality of life and livelihood of the Icelandic nation. The power of the natural forces has always had the upper hand, citizens have therefore had to accept the fact that these forces will not be prevented. Iceland has always been a great agricultural nation and relied on it as livelihood through centuries. A huge burden has thus been on farmers against the strong natural forces. Eruptions have been frequent in Iceland throughout history so people are familiar with the consequences that follow such as ash, glacial runoff, earthquakes, floods, lava flows and land rise.

On the left side of the photo “Volcanic agriculture” you can see one of Iceland’s most active volcanoes, Katla. In the last 1100 years, it has erupted 21 times, most recently in 1918. Katla is a glacier, that being the case the eruptions in Katla are always accompanied by a large amount of ash, as well as glacial runoffs. The volcanic cracks, Eldgjá and Lakagígar that are connected to the volcanic system of Katla have provided large lava flows in eruptions in historical time. The landscape in the vicinity of the volcanic system therefore has the impression of these forces.The rural area Álftaver, from where the photo was taken in the land of the farm Norðurhjáleiga, has had to endure eruptions from Katla. The soil is therefore composed of layers of ash and lava, which are neither considered as the most fertile soil or the most manageable landscape.
Farmers have therefore had to work hard to cultivate the area, for that reason there is a lot of work behind each grass straw. Serenity and diligence are descriptive words for the farmers who have chosen to live in Álftaver and cultivate the land for livestock.