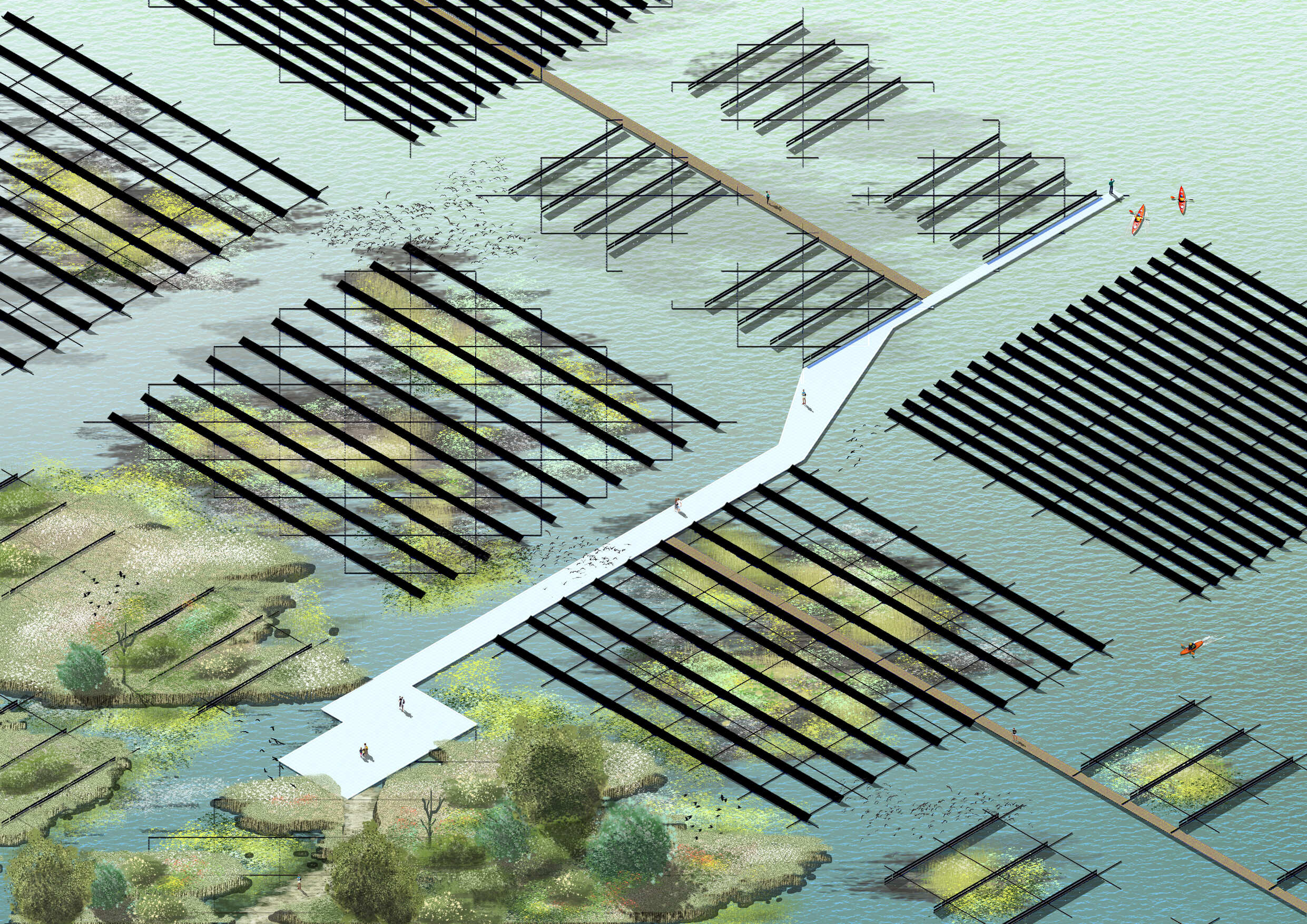 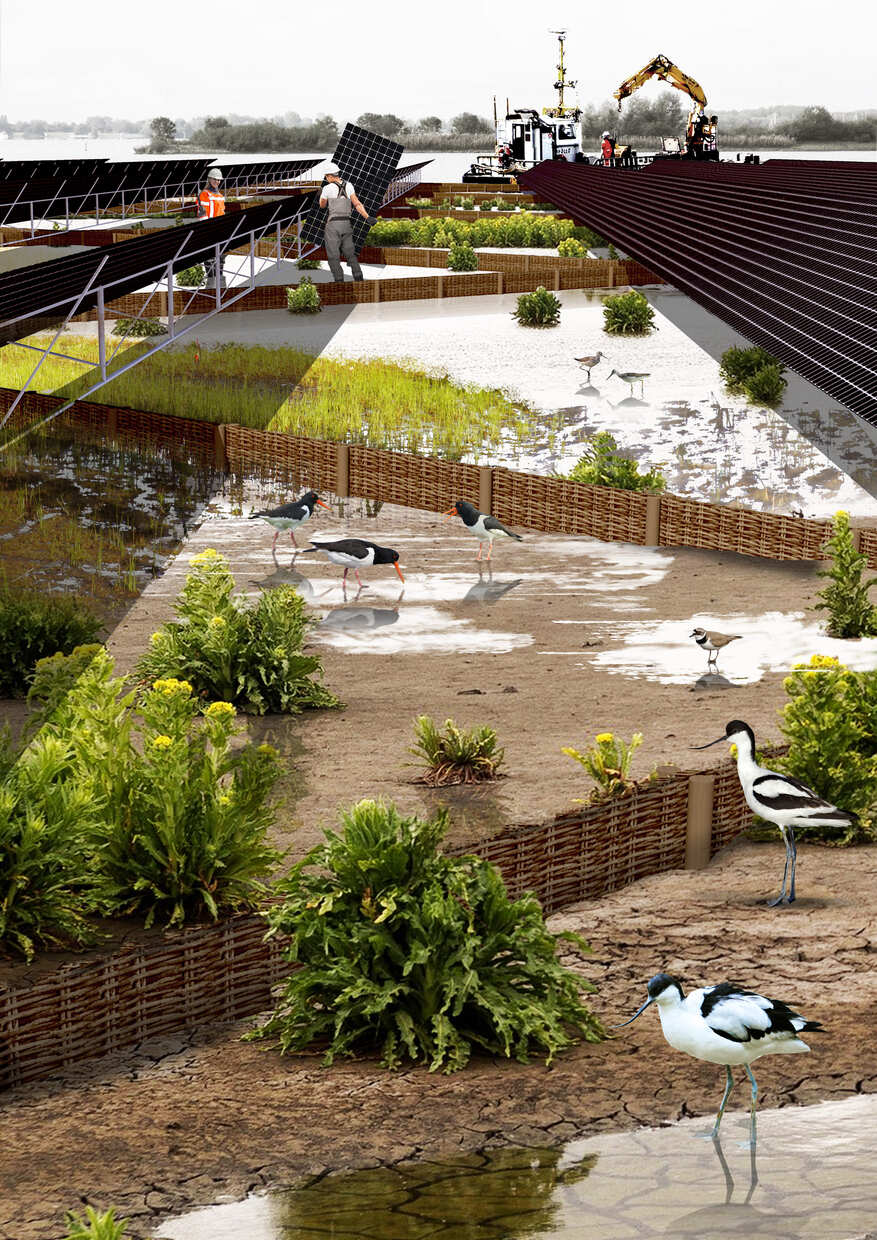 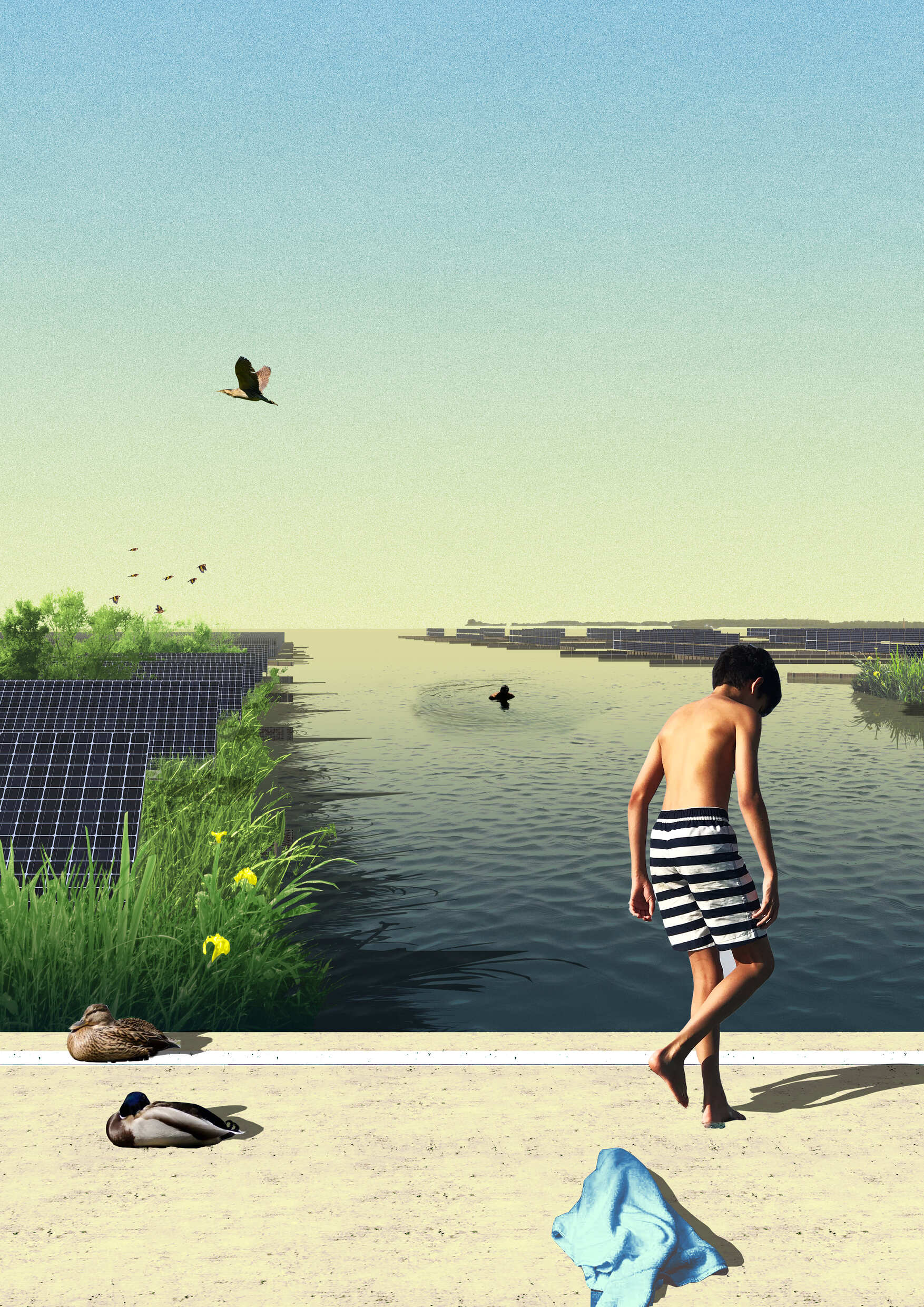 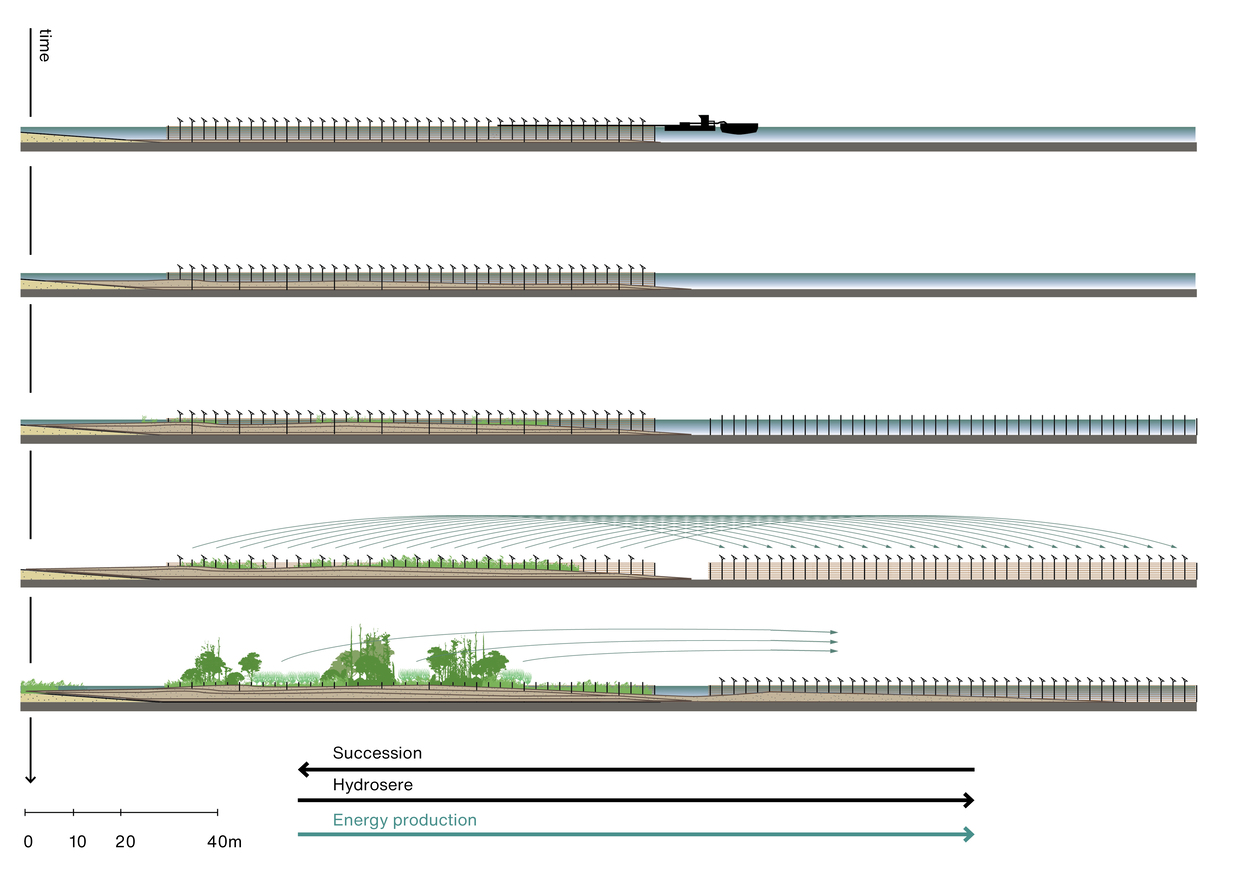 The solar grid is a modular system that provides solutions for waterbodies with poor ecological quality and the allocation of renewable energy sources. Lakes, coasts and estuaries that suffer from siltation, monotony and little natural gradients and are situated near densely populated areas are suitable locations for solar grids to be implemented. This specific project was created for the IJmeer, a lake near Amsterdam, the Netherlands. But for coastal zones, the grids can also function as a flood defence.

The module consists of wicker dams fixed in the waterbed with PV panels that reach above the water. The wicker dams cause suspended sludge and sediment to be ‘caught’ in the grid, both clearing the water around it and making the waterbed shallower, creating foreshores. This causes more variation in habitats for flora and fauna along coastal zones while providing renewable energy.

The grids are installed in multitudes and multiply according to energy demand and the rate of sedimentation and succession. This rate is affected by variations in the grid such as grid orientation and the type of PV array, causing a playful and varied visual effect.

When the water level within the grids becomes shallower due to sedimentation, succession kicks in and marsh and later swamp vegetation takes over. The vegetation will cause the PV array to be dismounted and moved to a newly constructed module that is also made from willow wicker grown on previous modules. This creates a partly circular system of multiplication while maintaining its power output.