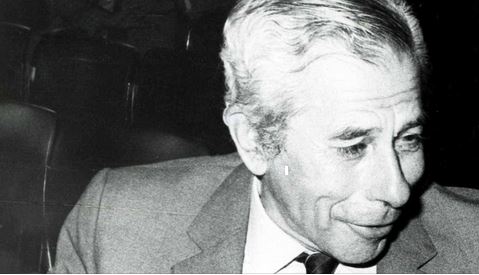 Gonçalo Ribeiro Telles, pioneer of landscape architecture in Portugal, whose career also stood out in the areas of citizenship, ecology, and politics, died on Wednesday 11 November 2020 in his Lisbon home, at the age of 98.

The Portuguese Association of Landscape Architecture’s President, Jorge Cancela, stated that “Professor Goncalo Ribeiro Telles was a visionary who leaves behind a valuable legacy. Fortunately, he was recognised while still alive, but he will be even better understood as time goes by. He was a visionary, for always defending that the environmental
issue is essential and that our lives depend on it”.

A guardian figure in the defence of ecology to support intervention in the landscape and in the territory, Gonçalo Ribeiro Telles was responsible for launching the environmental policy in Portugal, whose legislation he encouraged when he held various public positions, namely as a deputy and as Minister of State and Quality of Life, between 1974 and 1983.

Jorge Cancela recalled that the landscape architect, now deceased, “saw the environment as the support of life, and the landscape as the support of memory, making a very coherent link between the past, the present and the future, which he transported to landscape architecture, and also for the civic and political area “. “It is an inspiration for all of us, who now receive the great responsibility to defend, develop and promote his immense legacy, which he always assumed with a sense of mission”, he added, in a statement to Lusa communication agency.

Born on May 25, 1922, in Lisbon, Gonçalo Ribeiro Telles is the author of many relevant projects in Lisbon, including the Lisbon Green Corridors and the gardens of the Calouste Gulbenkian Foundation, a work he signed with António Viana Barreto and which would be distinguished with the Valmor Prize in 1975. Ribeiro Telles graduated in Agricultural Engineering and Landscape Architecture, at the Instituto Superior de Agronomia, in Lisbon, and began his professional life at the Lisbon City Council, where he worked with Francisco Caldeira Cabral, with whom he would later publish “A Árvore em Portugal”. He taught for decades at Lisbon and Évora Universities and was Honoris Causa Teacher by Évora University. In the cultural sphere, he was one of the founders of the National Culture Center (CNC), of which he was associate nº1.

“Gonçalo Ribeiro Telles leaves behind a legacy matched by few” stated the President of the Republic of Portugal, Marcelo Rebelo de Sousa, as he expressed his farewell to his “long-time friend” and “fighter for Freedom and Democracy”. In a note published on the Presidency’s website, Marcelo Rebelo de Sousa recalls that the landscape architect was “respected humanly, professionally and politically by friends, colleagues and opponents, and by the Portuguese people in general”. “As an environmentalist with public responsibilities, he represented, from an early age and for decades, an enlightened critical conscience, also contributing to important legislative acts such as the Basic Law of the Environment or the Law of Environmental Impact, combats that prolonged the foundation of an environmentalist party, Movimento Partido da Terra” stated President Rebelo de Sousa.

On this occasion the Board of Directors of the Portuguese Association of Landscape Architecture issued a statement:

“The Portuguese Association of Landscape Architects (APAP) expresses its deepest regret over the passing of Professor Architect Landscape Gonçalo Ribeiro Telles. It was the news we did not want to receive, but one that, unfortunately, we knew one day would come.

Born in 1922, the Professor had, for some time now, been unable to receive hugs from his friends and colleagues and to return good advice and define urgent actions to be taken in the defence of the landscape, quality of life, culture and environment. And to return a smile.

An intense, intelligent, living-smile of man, of causes and affections. Most of his relevant biography is public and known to most, although there are certainly many aspects left to
be examined and discovered in detail.

As a Professor, a Minister, a publicist, a legislator, a landscape architect - President of APAP, IFLA EUROPE Honorary Member, since 2015, and a Jellicoe Prize for Landscape Architecture winner- the country, the profession, and the citizenship, all owe him a great deal. He gave it all. He deserves that his spirit, example, and message encourage us, even more, to move to action and ensure that his fantastic legacy is honoured and further developed. For the sake of the country, the profession, and the citizenship.

Until always Professor, and on behalf of all, thank you very much! We will now try our best…”